Months ago there was a big controversy about the felling of statues that honour racists. These are five of the best articles I have read on the subject.

Our civil religion, back when it had more true believers, sometimes treated departed presidents like saints. But our monuments and honorifics exist primarily to honor deeds, not to issue canonizations — to express gratitude for some specific act, to acknowledge some specific debt, to trace a line back to some worthwhile inheritance.

Thus when you enter their Washington, D.C., memorials, you’ll see Thomas Jefferson honored as the man who expressed the founding’s highest ideals and Abraham Lincoln as the president who made good on their promise. That the first was a hypocrite slave owner and the second a pragmatist who had to be pushed into liberating the slaves is certainly relevant to our assessment of their characters. But they remain the author of the Declaration of Independence and the savior of the union, and you can’t embrace either legacy, the union or “we hold these truths …” without acknowledging that these gifts came down through them.

To repudiate an honor or dismantle a memorial, then, makes moral sense only if you intend to repudiate the specific deeds that it memorializes.

But just as Jefferson’s memorial wasn’t built to celebrate his slaveholding, the Woodrow Wilson School of Public and International Affairs wasn’t named for Wilson to honor him for being a segregationist. It was named for him because he helped create precisely the institutions that the school exists to staff — our domestic administrative state and our global foreign policy apparatus — and because he was the presidential progenitor of the idealistic, interventionist worldview that has animated that foreign policy community ever since.

Or consider a different example, one raised by puckish conservatives in the last few weeks: The case of Yale University, named for a 17th-century merchant, official and dealer in slaves named Elihu Yale. What is honored and memorialized in the school’s name (and this is true of many schools) is exactly one deed from Yale’s often wicked and dishonest life — the donation of his money to the young college. The name “Yale” doesn’t honor old Elihu’s slaving; it simply pays the school’s debt to him, acknowledging that Yale owes part of its very existence to a rich man’s desire to see ill-gotten money put to better use.

But unless the endgame of New Haven’s removal of Columbus is the expropriation of white property (Yale’s property, I suppose, especially) and its redistribution to the Pequots and Mohegans, then a consistent rejection of Columbus’s legacy isn’t what my city is embracing. Instead, it’s just doing the same thing as Princeton: keeping the inheritance, but repudiating the benefactor. Keeping the gains, but making a big show of pronouncing them ill gotten.

Meanwhile, for now the ingratitude is being presented as a clear moral advance, and it is not. To enjoy an inheritance that comes from flawed men by pretending that it comes from nowhere, through nobody, is a betrayal of memory, not its rectification — an act of self-righteousness that may not bring the revolution, but does make our ruling class that much less fit to rule.

There is no one (or almost no one) who thinks that there are no exclusions at all for statues that belong in the public realm. There would, I imagine, be very little public debate about the taking down of a statue of Goebbels or Jimmy Savile. It is, however, rather like Free Speech. No one wants it to be completely free, but we disagree on where we draw the line.

The truth is that there is no such simple version of history, or for that matter of the present: people who do good also do bad (and vice versa) and our own heroes and heroines will in due course be found wanting (or worse) too. Maybe it is the act of heroizing that is the problem, not the inevitably flawed individuals themselves.

In the longue durée, statues offer different challenges to our view of history: they ask us to think about what separates us from the heroes of the past, how we can face them down (actually these guys are just lumps of stone), and how they remind us of our own fragility in the judgement of the future.

My view of course is that museums are a source of debate and discussion about the past and the present. But I strongly suspect that those who suggest that these statues should be moved there really think that museums are a useful dumping ground for old things you don’t want, but don’t feel you can actually throw away.

But slippery slope arguments are themselves slippery and need to be treated with caution. They force us to take one of two extreme, polarized positions and do not allow anything more nuanced. When the slope is slippery, the only place to be is safely at the top or right down at the bottom. There is no in-between. In the case of statues it would mean leaving everything as it is or tearing down more than most people would think reasonable.

But that does not exhaust the options. The slope is not slippery, merely craggy. With care, statues can be placed at any number of places between the exalted heights and the ignominious bottom. To do this requires going beyond neat lines, with the pure on one side and the tainted on the other. Instead, we have to make judgements on a case-by-case basis, by asking ourselves some key questions.

Is the achievement for which they are being celebrated intimately or causally tied to their sins? Were they significantly worse than others of their time? How recent was the offence? These questions do not add up to a complete and rigorous set of tests. Issues are too complicated to be settled by any moral algorithm.

By any reasonable test, David Hume should be safe. (He’s not yet listed on toppletheracists.org.) Hume’s racism was no more than was sadly normal at the time and it had nothing to do with what made his philosophy great. Colston, however, should go. There are countless other cases where it is not so clear cut and there is a need for considered judgements. There is a kind of slope, in that there are gradations of guilt in the heroes of the past, and very few are entirely blameless. But it is not a slippery one unless we make it so by insisting there is nothing between the moral high ground and the abyss of iniquity.

Simon Schama, in the Financial Times:

Statues are not history; rather, its opposite. History is argument; statues brook none. The whole honour of history lies in its contrarian irrepressibility; its brief to puncture the pieties of power, should they belie the truth. Those horrified by the de-pedestalisations of recent days — the Black Lives Matter protests have led to the felling of statues from the slave trader Edward Colston in Bristol to the brutal colonialist Leopold II in Belgian cities — claim that such acts “erase” history. But the contrary is true. It is more usually statues, lording it over civic space, which shut off debate through their invitation to reverence.

Let them disappear, then, but not into canals, ponds or rubbish dumps, since arbitrary acts of destruction shut down debate quite as much as uncritical reverence. Better, surely, to relocate them to museums where, properly curated, they can trigger genuine debate and historical education. One thing that the pandemic caesura has wrought is a confrontation with big historical matters: who are we as a nation, what we have been, and where we are going? If the Men in Stone (and they are overwhelmingly men) can deepen that understanding they will have served their purpose better than ever they did up on their pigeon-stained plinths.

I can think of at least three practical reasons for erecting public statues. First, we may wish to create an incentive for future behavior, as we do with Nobel Prizes and Halls of Fame.

The striking feature of these motivations is how much they are about the present and the future, not the past. So instead of obsessing over the worthies and unworthies of history, we would do better to consider which future causes statues are likely to support.

So if you’re considering the worthiness of a particular statue, here are three pointers: Pretend you’re from some very distant foreign country and view the dispute through that more objective lens. Second, focus on the future, and third, don’t be afraid to make some changes.

This wonderful article by Dom Auffret (VGDensetsu) is full of interesting information – so much, in fact, that it is difficult to choose what to highlight.

Here is one sad bit:

At Square Enix, on the other hand, some files could not be saved in time and some games’ source codes were lost. In addition to the Mana series previously mentioned, we know that the source code of the PlayStation version of Final Fantasy VIII has disappeared, forcing the developers of the HD version to fall back on the code of the PC version whose music is slightly different. Same with the first episode of Kingdom Hearts; the developers of the 1.5 HD Remix version had to analyze in depth a commercial copy and recreate many assets. An example that echoes the story a developer posted in 2010 in which he explained that, as part of a port of various Midway arcade games, the editor in charge of the project was unable to get his hands on the source code of Spy Hunter, so he had to download the game’s ROM in order to extract the graphics via MAME and retrieve the sound files from a fan site, among other things.

I rarely play video games nowadays, but I enjoy reading about it once in a while – especially on history. 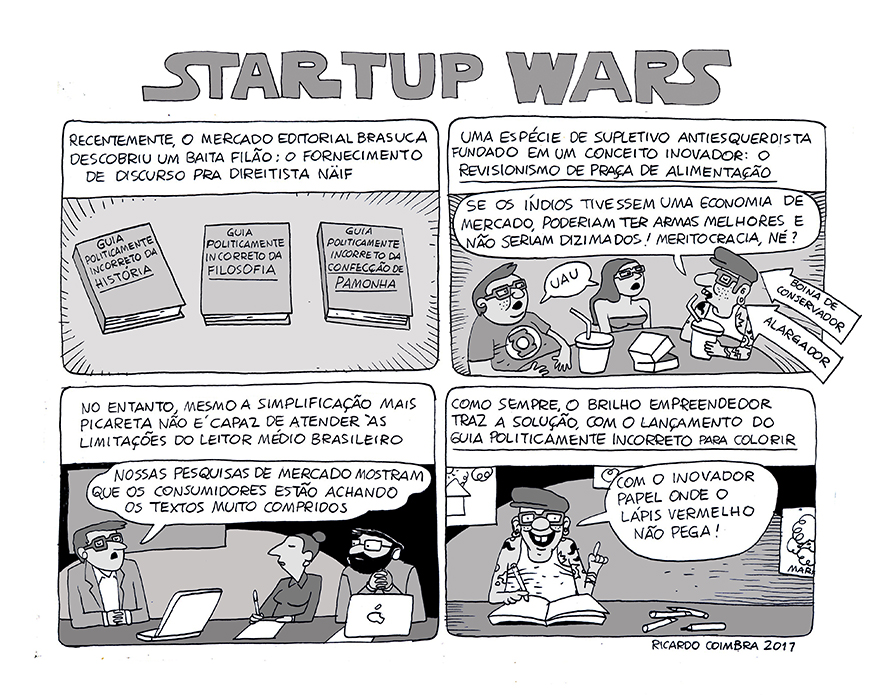 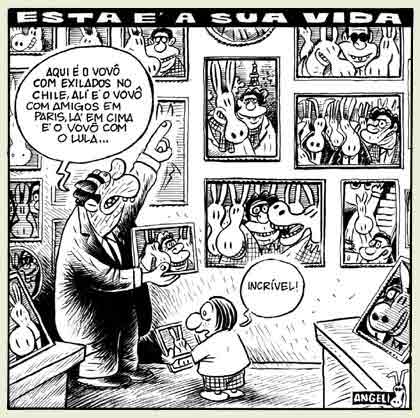 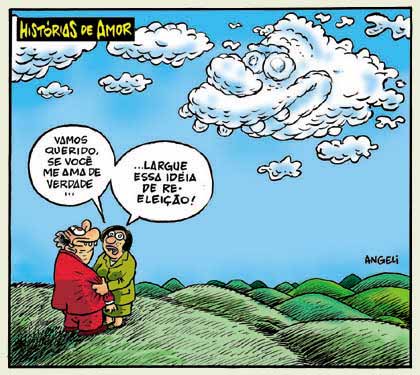 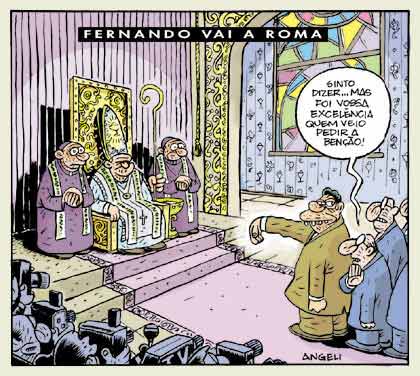 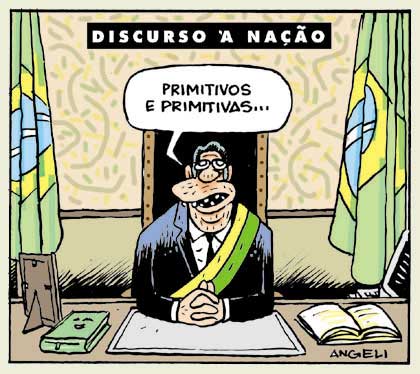 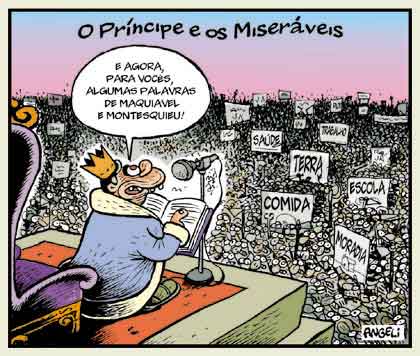